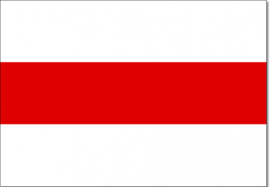 Dear Colleagues in the Janka Kupala National Theatre in Minsk,

We have great admiration for your stance and your persistence in the fight for the truth.

We are wholeheartedly with you.
Hold on!

Management
and Ensemble of Teatr Narodowy

Below, we include an open letter of August 31, 2020 – Appeal of actors and employees of the Janka Kupala National Academic Theater

The Janka Kupała National Academic Theater (Belarus, Minsk) believes in solidarity and hopes for your support.

We identify ourselves as “Kupałaŭcy”. It means we are actors and staff of the Janka Kupała National Academic Theater – the first and oldest drama theater in Belarus, which this year marks its 100th anniversary.

We also are Belarusians.

Our country is going through a very difficult period. The presidential elections were held with gross violations and confirmed facts of vote falsification. Instead of the dialogue called for by the public, the government harshly suppresses the resistance of dissenters.

People die in attempts to peacefully defend their lives and freedom, truth and justice. Thousands of detainees are subjected to unprecedented violence. Dozens of people are missing.

Our theater appeared in the center of events. And at the moment it is in a critical situation, as well as our entire country. History has it that the Janka Kupała Theater (Kupałaŭski) often became the place where the fate of Belarus was fulfilled. And this time we did not stand aside. We openly expressed our solidarity with the Belarusian people.

The theater's General Director Pavel Latushko supported us and publicly condemned the falsification of the past presidential elections and the actions of the security forces responsible for the violent dispersal of peaceful protests. The reaction of the state was immediate - the Ministry of Culture of Belarus decided to fire Pavel Latushko. As a sign of solidarity, artists and theater workers wrote massive applications for dismissal following the general director. We believe that it is immoral and unacceptable to perform plays on the stage of the national theater in such times. At the moment Pavel Latushko is a member of the Coordination Council, which was created with the purpose of peaceful transfer of power. He has received threats.

The new theater director was appointed without delay. Immediately, the theater was closed for a sudden reason of "sanitary treatment," and after the work was stopped by order of the new management. For several days now we have been unable to get to the building of the theater. At this time, law enforcement agencies are inside, and state television is releasing humiliating reports in an attempt to tarnish the reputation of the theater.

Representatives of the current government allow themselves to speak publicly about us in a dismissive tone, calling us fairies and offering to go to America to earn money.

We do not know our future fate. At the moment there are arrests and pressure on people actively defending their rights.

• Release all political prisoners and detainees during the election campaign and peaceful actions related to it;

• Investigate all cases of violence against protesters and random people. To initiate criminal proceedings against law enforcement officials who abused their authority;

• Enable media representatives, lawyers, and medics to access those who are still being held in detention facilities;

• Stop pressure on employees who take part in peaceful protests and express their civic position;

We appeal to all in the hope of support and solidarity. We very much want to preserve the Janka Kupała Theater, our home.

We will be grateful for honest media coverage of these events and are ready to assist in this. We would also appreciate any help from public organizations and colleagues from around the world - now your support is precious to us.

We are fighting for our freedom with all our might.

We have no weapons. Our weapons are ourselves.

The world must know.