The History of National Theatre at Google Cultural Institute

The exhibition 250 years of The National Theatre of Poland recounts the troubled history of the National Stage of Poland in a wide selection of illustrations and audio-visual materials.

From its outset, the history of the National Theatre of Poland has been inextricably tied to the fate of the nation. Therefore, we present the pivotal moments of its activity in the years 1765-2015 in the context of actual historical events. Throughout the years of Poland’s dependence on neighbouring empires, the Theatre served as the last national institution to preserve Polish culture, promoting a brilliant repertoire and excellent acting despite censorship.
In the interwar period, the playhouse in Theatre Square returned to its original name – the National Theatre. During World War II, its building was destroyed twice by air strikes. After the war, the Polish Army carried out its reconstruction. As a result of Poland being a satellite state of the Soviet Union, the directors of the theatre had to face not only its long-standing, powerful tradition but also unfavourable political conditions. In consequence, the theatre was a site of important social events which shaped the course of history and raised national consciousness. The most striking example are the events surrounding the performance of Forefathers’s Eve in 1968.

The final parts of the exhibition document the recent history of the national stage since its 1997 reopening – the building was destroyed by fire in 1985 and its reconstruction took eleven years.  Here, the accomplishments of the directors Jerzy Grzegorzewski (1997–2003) and Jan Englert (from 2003 until today) are recognised.

The exhibition has been created by the National Theatre in collaboration with the Zbigniew Raszewski Theatre Institute. 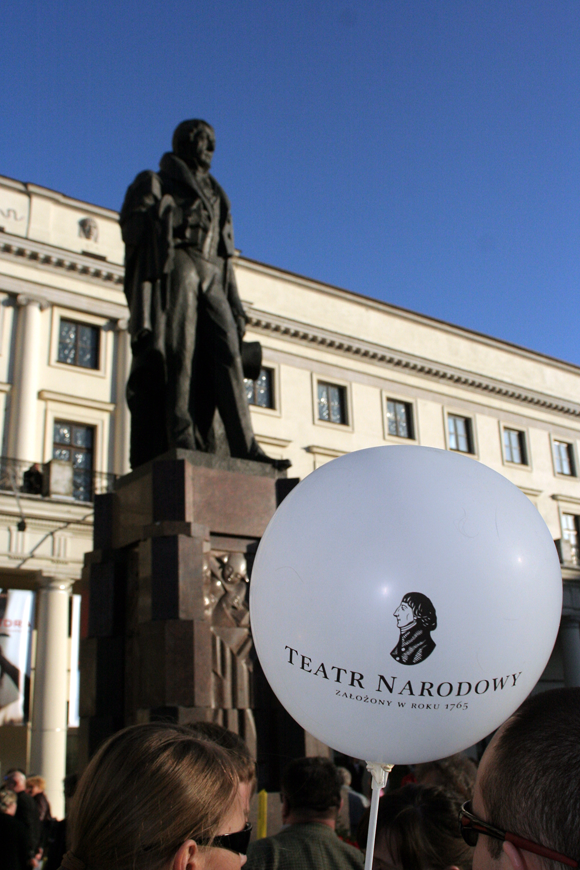