We are preparing performances of the new season. The first premiere of the 2021/2022 season at the National Theatre will be Franz Kafka's The Castle→, adapted and staged by Paweł Miśkiewicz. 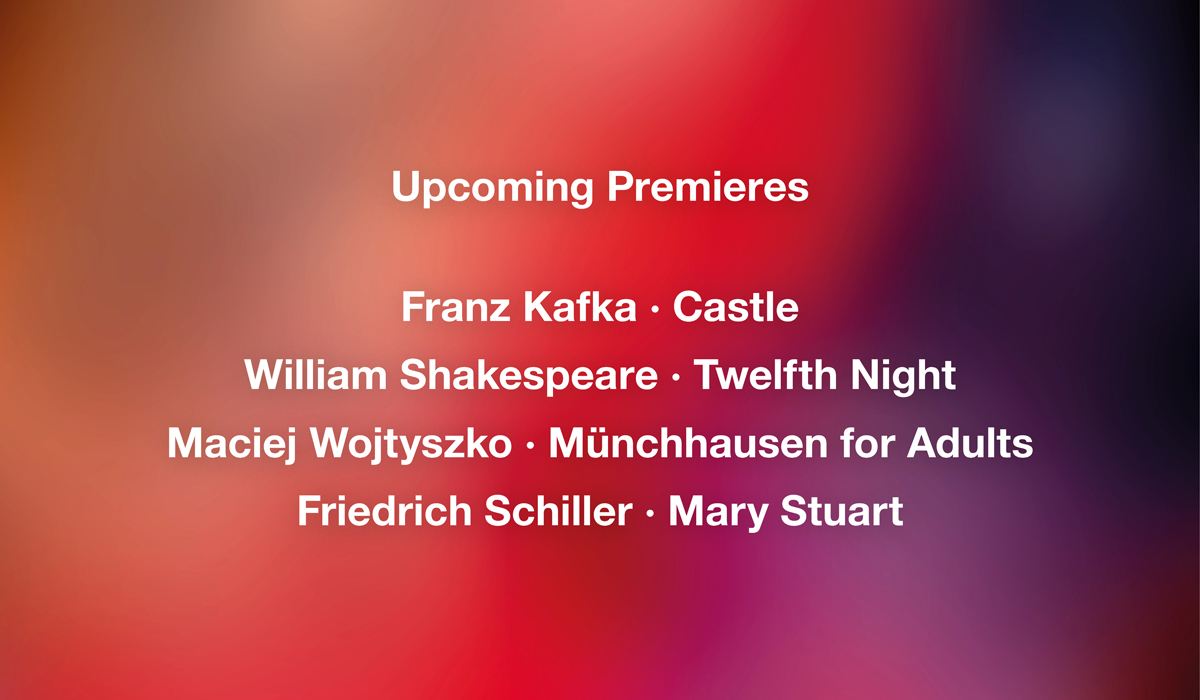 The first premiere of the 2021/2022 season at the National Theatre will be Franz Kafka's The Castle→, adapted and staged by Paweł Miśkiewicz. This will be another production alongside two other works already present in our repertoire by this experienced director: visionary William Shakespeare's THE TEMPEST and poignant The Idiot based on Fyodor Dostoyevski's novel. The unconventional space of the stage at Wierzbowa Street and Barbara Hanicka's stage design will undoubtedly serve Kafka's phantasmagoria.

After many years, Piotr Cieplak, whose The Merry Wives of Windsor and King Lear made their mark in the history of contemporary Polish theatre, will return to the works of William Shakespeare. At the National Theatre, the director will stage The Twelfth Night – probably the most musical of the comedies by the Bard of Avon – in a grand, colourful spectacle featuring the company's leading actors.

We will begin the year 2022 with the world premiere of a play by Maciej Wojtyszko – the author of A Proof of the Other's Existence, which is still successfully performed at Narodowy Theatre. The new drama, Münchhausen for Adults, brings to the stage the famous 18th century fantasist and storyteller – the proverbial personification of mythomania – who juxtaposes liberalism with fundamentalism, the rule of law with anarchy, posing questions about the limits of freedom and responsibility in society.

Next spring, Bogusławski Hall will once again host a world classic – this time it will be Friedrich Schiller's Maria Stuart directed by Grzegorz Wiśniewski. The creator of the award-winning Queen Margot and the recently well-received Autumn Sonata, a director whose productions always feature outstanding female roles, takes on the political tragedy known from the roles of its protagonists: the Scottish Queen Mary and Elizabeth, Queen of England, who fights her to the death.

These are not all the premieres planned for next season; we will keep you posted on the next ones. We invite you to the Narodowy Theatre!